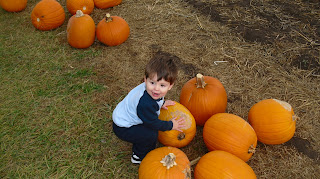 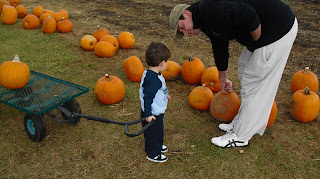 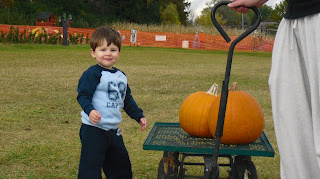 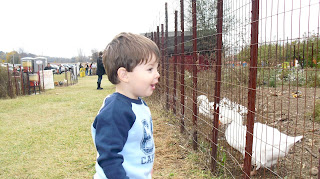 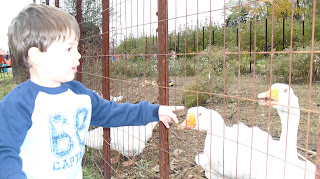 Probably the most adorable thing that Donovan has said to this day is that he calls pumkin's punky's! I mean can he get more adorable. So we went and picked pumkins last weekend, well actually we picked them out then put them back since you can only pay for everything with cash or check.....which I am not sure who carries either anymore so we could not purchase. Which was actually ok since Donovan could have cared less and really at this point $15 for something we were going to throw away in less then a week kind of seemed pointless. So it worked out, he had a blast of course with all the farm animals that were there...bunnies, chickens, geese everytime he sees an animal it is like the first time...I just love it!
Posted by Marco Family at 7:29 PM 1 comment: